Are Sexually Submissive Men Still Stuck In The Closet?

Hey there, Beloved Kinksters! OK, I have a question for you. Are sexually submissive men still stuck in the closet? Hmm… tricky question, huh? Which means we’ll have to delve deeper to find out. Okie-dokie, let’s do this.

Growing up with submissive tendencies

I always look back to when I was at school, where I had that feeling of not fitting in with the “social norm/sexual norm.” I used to ask myself often – “Am I the only person in the world who feels this way? Who thinks this way? Seriously, guys, am I the only person in the Goddamn world who has sexually submissive tendencies? I can’t be, can I!?” – yup! That’s how I used to feel. It was pretty frustrating.

If you would like to learn more about submissive men, check out my most recent blog post that outlines everything you need to know about male submissives:

The biggest discussion at school was: “How many girls have you smashed?” And the world’s biggest cuss was “Eww.. you’re gay, man!” Or “that girl is so loose.” To be gay back then was – Erm… Let’s not go there. Furthermore, slut-shaming – it happened all the time. So, basically, the guy who was smashing all the girls was “The man” and the girl who was getting smashed by different guys was labelled as a “HOE!” Sheesh! Talk about double standards, huh? On one hand, not much has changed since then. On the other hand, a lot has changed since then.

I was fresh out of college, when I landed my first job as a sales consultant at a tour operator, when I was 18-years old (many many years ago). During my school and college years I was fascinated by the fact that I had never met a gay person. That completely changed from the moment – I started my first job. There were five to seven gay people who worked for this company. They were a mixture of men and women. Some were even bisexual. It was around the same time that they were enforcing the new law – Employment Equality (Religion or Belief) Regulations where they made it illegal to discriminate against lesbians, gay and bisexual people in the workplace.

Now, allow me to emphasise that I have never had an issue with someone being “gay”. However, It really intrigued me that the gay/bisexual people I used to work with were all super-proud to be gay/bisexual. They had found their voices as advocates for gay rights and there was no sense of shame or guilt and yes, I think that’s wonderful — for homosexuality as well as bisexuality.

I think they set a good example and now it is time for submissive men to follow. Oops! I think maybe I’m moving too fast, Okie-dokie. I’ll come back to that. Now let’s take a look at some of the celebrities who have openly discussed being gay or bisexual:

🔹Jim Parsons (who is married to Todd Spiewak)

These are just some examples, the list is endless. Before moving forward, let’s look at homosexuality/bisexuality in Hip-Hop…

As you may already know, Hip-Hop is known for its masculine/macho culture and let’s not forget about the homosexual slurs. It’s clear that some rappers are homophobic. Having said that, when battle rappers throw around the word “faggot”. I don’t think it’s meant to intentionally disrespect homosexuality, alternatively it’s used as a metaphor to describe a weak emcee/rhymer.

When I was growing up, there were no mention of openly gay rappers in the Hip-Hop community. As it stands today, a number of artists have broken that silence to speak more freely about homosexuality/bisexuality. As for example:

My point is that gay people have found their voices, and if you think about it, that is truly darn incredible.

On a side note – some of you may know I’m a huge hip-hop fan and have taken to writing my own lyrics and firmly believe that journaling/scripting rhymes is good for mental health. Here’s a little taster in case you’re interested – “A Bowl of Distress“.

Let’s be real about this, women have taken a lot of shit for many years. If you look back at an earlier generation, women were being forced into arranged marriages and most of them were stay-at-home housewives.

They’ve been discriminated against throughout their entire lives. In this day and age, women in all parts of the world are taking a stand. They’ve had enough of the bullshit and they are bolder more than ever before. Furthermore, they are not afraid to speak up about their feminism, their sexuality, their desires, kinks and fetishes. Today, the internet is flooded with strong, influential, courageous female voices. Interestingly enough, the women seem to outnumber the men. Let’s look at some of the most influential female voices around:

🔹Mistress Adreena Angela who is a Pro-Domme, a educator, and an entrepreneur.

🔹Psycatt who is a fashion blogger, YouTuber, but she is also a strong voice for sexual equality.

🔹Goddess Cleo who is a Pro/Lifestyle Dominant, impact therapist, and a mentor.

🔹ComeCurious founded by Florence Bark and Reed Amber who have an award-winning podcast about sex, body, and mental health.

🔹MOAN ZINE who is a super-talented writer/illustrator,  encourages liberation and normalisation around sexuality.

🔹Caitlin V who is a intimacy and Relationship Coach

And let’s not forget all the websites that encourage women to embrace their inner-slut. As for example:

I think it is absolutely amazing that our generation of women are speaking openly about their sexuality with no fucks given. More importantly, women stick together and they support one another.

Now more then ever, the transgender community are speaking out, sharing their stories and embracing who they are. Here are some examples of transgender celebrities:

🔹Elliot Page. Just reading Elliot Page’s statement – “I love that I am trans.” It really touched my heart. I thought, Good for you!

🔹Nathan Westling who also stated that  “I’m not wearing a skin that I don’t feel I am anymore.”

And finally… sexually submissive men – where are they???

So, just to recap: My point is that homosexuals, bisexuals, women and trans have all found their voices as advocates for alternative sexuality/lifestyles. Now let’s look at the submissive men in current times who have come out and embraced their identity fully as a submissive man in the media. Erm… okay, so, it turns out that Idris Elba has a foot fetish.

Speaking about foot fetish, ever wondered if you are the only one with a foot fetish?! Well fear not feet lovers because you are most certainly not alone.

“Dear sexually submissive men, we need to take a leaf out of the homosexuals, bisexuals, women’s, and trans books. We need to learn from them. Now is our time to advocate for change!” – Podopheleus

Read more about my mission for submissive men advocate for change here.

There we have it, kinksters and fellow sexually submissive men! I hope you enjoyed reading this blog. Please feel free to SHARE this post with others. 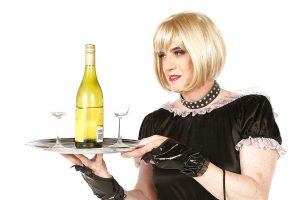 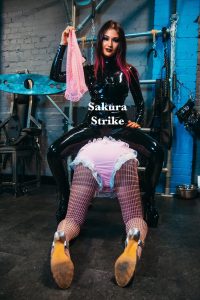 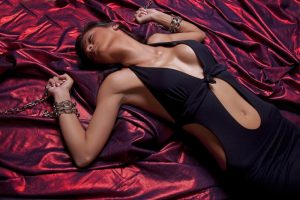 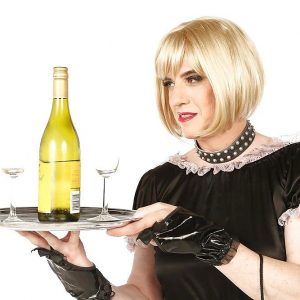 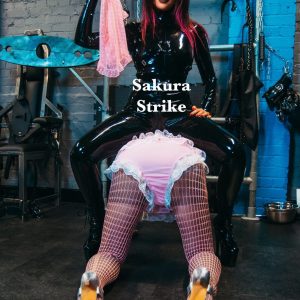 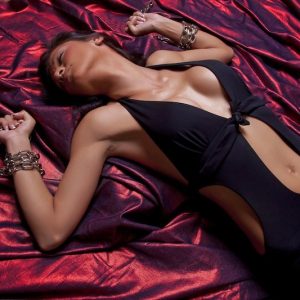