Welcome to my story, I am The Hopeful Cuck, and my Mistress is @TatyanaFLR. It has been quite a while since I wrote about my experiences in cuckolding, and so much has happened since the last entry to this blog. The last time I sat down to write about this, I was writing about our first encounter with another human. Our first “Bull experience.”

In order for you to understand the perspective on this recollection, you should know that my Mistress and I are in a 24/7 TPE (Total Power Exchange), now. She is in charge 100% of the time. When we are asleep, she is in charge. I am not a slave, I have full agency, safe words, and we renegotiate the terms of our contract once a quarter, and we have a completed contract written out to be clear.

She always says, “I don’t need a contract, but if you do…” I am always glad to have one. I feel as the submissive, that a contract protects my needs, given she is fully in charge. She reminds me, that when I thought I was on top, which I laughably did, for a while, I did not offer her a contract. She is right. That is just another part of this world that is unfair to women.

Looking for a Bull

I honestly believed that Tatyana was a vanilla human. When I finally approached her about my desires, and she gave the green light on exploring this lifestyle, (still a stunning revelation to me) she began taking messages from men. It was only a few months from when we began talking about her taking a lover to when she was approached by a man on Twitter. I will simply call him SB.

SB was younger than us by about 15 years, or so. He was smart, kind, friendly, and smooth. We met with him on video calls, and we even had one that turned into a steamy exchange. All cylinders were firing. We made a date, all of us were vaccinated, and it was Spring.

We met SB at a local bar. The bar has a hotel next door. The hotel is a nice place, very reasonable rates, and centrally located. We had a plan. We met SB for drinks. When she had decided that she would sleep with him or not, she was going to get up and leave him and I alone, and return to the hotel. She would then text me, yes, bring him over, or no, send him away. She left, the text came in, “Bring him over.” We have gotten better at this part, I believe.

When SB and I arrived at the room, Tatyana was dressed in incredibly sexy lingerie, it was green. Our dynamic was new, definitely her on top, but nowhere near as polished and defined as it is, now, a few months later. This event with SB is the only cuckolding experience she and I have ever had where I was not locked up. We had not really figured out chastity at that point. Immediately, they began making out. As things heated up, and SB and I ended up naked, me really naked with no cage, the event began to unfold.

They were on the couch, Tatyana ordered me to my knees, to suck SB’s cock, to fluff him, as it were. As a bisexual, who is heteromantic, I had sucked cock before, but I had never been ordered to. It was a drug. Her power is the most intoxicating thing I have ever been around. I did just as she ordered. I usually fail her by accident, but I never fail her on purpose.

While on my knees, in this incredibly sexy situation I began to work his manhood, as she kissed him. I realize that the actual moment of “expert level” sex can be intimidating for a man. This man had experience, he claimed. I was sucking a mostly flaccid penis. She was in lingerie that was perfect, she was sexy, and powerful, and he was not erect. I sucked harder. He got what can best be described as a semi. Which is weird, because while we were at the bar, I had offered him a Viagra, which he had taken.

And finally… The climax

SB as he began trying to fuck my wife, couldn’t keep a condom on his mostly flaccid penis. He was trying, and he had moments that were more successful than others. Mistress even orgasmed. It was the first time I had seen her orgasm with someone else, I was so happy for her (I am definitely a Cuck.)

This is not working out

As he was trying to fuck her, he was talking about how amazing her ass is, he is right, by the way. She turned around and looked at him over her shoulder and said, in a most Dominant Woman move, “If you like my ass, you can fuck it, you know.” That was it, he began to wilt.

Mistress took the opportunity to go to the restroom. When she did, I said to SB, “Hey, this is awkward, but I think we are done, here.” He did not understand. Not at first, but I said it again. “I am sorry, SB, but I do not think she wants to continue, and you, my friend, cannot get hard enough to finish the job. We appreciate your time and effort. We both like you, and we will likely call you again.”

At this moment, it became very clear to me that he and I were both naked. I dressed, as he did. This whole exchange was slightly more complicated than this, but this is the gist. (I would say the break down, and invitation to leave took about 10 minutes, total. Shortened for the narrative)

Initially, he pushed back, “I want her to tell me to leave.”

I replied, “I promise, she can hear us. She is in the bathroom, and has not come back out. If she was opposed to me asking you to leave, she would have made that evident by now.”

She replied, from inside the bathroom, “Bye, thank you.” Then I escorted SB out of the room, and thanked him, again.

When she came out of the bathroom, we ordered pizza. I cannot explain to you the emotions I was feeling at the time. Now remember, I was uncaged. It was our first experience. I had made her promise me, (we were so new) that she would have sex with me, as soon as it was over.

When the pizza finally arrived, we were watching a movie, and trying to settle down. The pizza was wrong. She had ordered a specific specialty pie, and they did not bring the right thing. It was delicious, but it wasn’t right. She called, got the manager on the phone and demanded that he send the right pizza over.

The manager, himself, was at our hotel in 45 mins with the exact pie she wanted. She’s a badass, boss, bitch, man. She gets what she wants, always. She was not going to be disappointed by the Pizza Guy, too.

Our first experience, even though it had issues, and in many ways was incomplete, solidified our ability to talk things through. It reminded both of us that we are in this together, and that whatever is going on, we are a team. It made us aware that even in complicated situations we can communicate with one another.

It was not successful as a sexual situation, not really, but it was incredibly successful at bringing our dynamic into sharp relief, and making both of us aware that we could fulfill OUR roles in a scenario. I will always be grateful to SB. He helped our communication dynamic more than he will ever know.

Thanks for reading, and I hope I can get words like this out more often.

There we have it, Cucks, Bulls & Cuckoldresses!

P.S. Have you checked out the Submissive Husband Stories yet? Subs you’re gonna like this series of kinky husband and wife encounters! 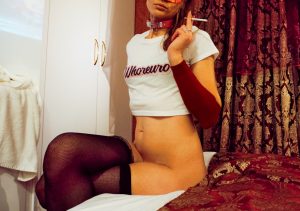 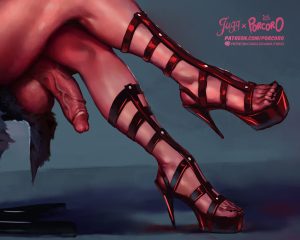 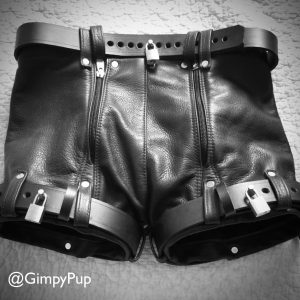 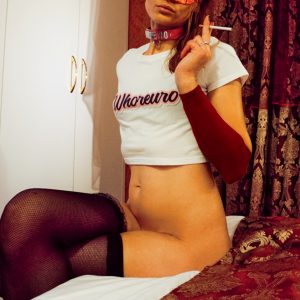 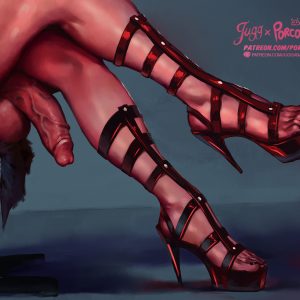