The only drawback for her was that she was not sure she should submit to a sadist. Fortunately for us both, she overcame her trepidation and chose to kneel for me.

Our journey began with a “High Protocol Scene” where she was marked inside and out after presenting herself to be claimed. The marking was a combination of impact play to warm her ass up first with a paddle and flogger, and then a caning to mark her ass. In addition, I pissed down her throat and, in her ass, so she could consider herself “marked inside and out” and therefore “claimed” as my submissive.

As far as we were both concerned, she was now my “property”.

As our dynamic evolved, I marked my property weekly or there about, using the cane to leave her ass suitably striped. She knew herself as my property and the marks reminded her of our dynamic day by day. Each week, come marking day, she put herself forward as instructed with both excitement, a little nervousness and a certain amount of trepidation.

Because I marked her on weekends, I noticed that her temperament changed ever so slightly as the week wore on. The stories in her head, the tales she told herself would raise their distracting voices as the days wore on. My experience of her is that her happiness declined as the week went from day to day.

After noticing this unhappiness emerge intensely one day, she was feeling quite insecure and so I shared my thought that we should do a “daily maintenance spanking” to help stabilize her state of mind. Although she was a bit reluctant, she agreed that she felt better at the start of the week, and as my submissive she chose to do what I requested. She put herself forward daily for a solid spanking.

The Nature of Being a Masochist

We used different implements and as this process evolved, we had many conversations about the nature of being a masochist. She explored this part of herself and related her experience with the spankings to her time as an elite runner. She got present to the way she processed pain both then and now, and she felt the same sense of elation with the endorphin rush following the spanking as she had felt at the end of an intense run.

Endorphins are peptide hormones released by the hypothalamus and pituitary gland in response to pain or stress, and they bind to opiate receptors in the brain to naturally relieve pain and create a feeling of general wellbeing.

The other thing that the daily maintenance spanking caused was an increase in her cortisol levels. Cortisol is the primary stress hormone which increases the blood sugar level making glucose available to the brain, and it also curbs functions that are non-essential in the fight or flight response.

Although under normal circumstances, stress causes a rise in cortisol levels, submissives generally have an increase in cortisol even though they feel LESS stress at the moment. For Dominants, on the other hand, their cortisol level decreases, and they generally feel calmer after an impact scene encounter with their submissive. But I digress.

On a gradient, Lady Petra began to experience the Daily Maintenance Spankings as extremely positive, and her mood was very much more stable as noted from my perspective. She felt it too. I think it is important to note that she was never ever spanked in anger, and the spankings were not in any way related to punishment.

We always engaged in sexual play in association with our impact scenes and come the weekend, she remained eager to please, although she still had some trepidation about the cane even as she put herself forward to be marked. She notes now that she did so because it was important to me.

She had evolved quite far in her exploration of herself as a masochist, and so one day, I mentioned to her that my desire for her would be for her to request the marking of her own volition, rather than being asked by me to put herself forward for marking. She initially felt that this was a bit “unfair”, but I pointed out to her that there would come a time where the desire for marks would out way her preference not to be marked with the cane.

A couple of months later, she was driving home from a rough day at work and her mind landed on her strong desire to be caned. She felt herself wanting to be marked. She came home and readied herself for her daily spanking, and she brought out the cane and presented it to me requesting that I mark her. That was a magical day for us. The experience of marking her had forever changed. This was now something she was able to ask for of her own volition.

Naturally, this shift led to her being in a different mindset while she was being marked and not long after that, she blurted out that she loved me while I was caning her and on another, she said “mark me Daddy!” as the impact portion of our scene proceeded between cane strokes.

That request led to a new conversation. We make sure to debrief after every scene a process which gives us an opportunity to explore anything that might have come up for us during the scene. On that day, we talked about her requesting to be marked and it occurred to me that going forward, I would initiate the marking with one cane stroke, and then she should ask for any of the marks she desired.

I made the point that how many marks she had was not important to me. Being marked was the issue. Well, this has led to a whole new occurrence of herself as a masochist. She has since requested as many as 15 cane strokes. She has found that her tolerance changes day by day and some days, depending on her monthly cycle, she can tolerate more and some days less.

To help me know where the boundaries are, when she has had enough, she now says “thank you for marking me Daddy”, and I know that we can move on in our scene.

As you might imagine, over the last 3 years, considering that she had been spanked daily with a heavy flogger and paddle with up to 1,000 strokes, and that she has been caned with a heavy cane each week as many as 15 times, her rear end is well “seasoned” to the impact play we engage in.

The fact that she is so well seasoned, means that to mark her with a heavy cane, I need to hit her with a great deal of energy. Her butt, which was black and blue after her first caning, is now barely marked at all, and her bruises fade by the end of the week implying that I have a clean canvas to work on each week.

I had a conversation with her about this journey recently where she put it that she now “looks forward to the High Protocol Scenes with excitement” she no longer experiences that feeling of fear or trepidation that she used to feel before she was marked in days passed.

She also shared with me that as her Master, I never one time made her feel as if she was “not doing enough” to please me as a masochist, and that I “paced her” exploration without any pressure on her to perform. She notes that I never compared her to others or seemed disappointed or dissatisfied with her ability to process pain. She noted that this journey has been her “journey of self-discovery” and that she has “learned so much about herself” because of embarking on this exploration.

Thank you for reading this article!

Support the podcast or sign up for coaching here: https://www.patreon.com/LadyPetrasPlayground

Visit Lady Petra’s Playground to find all of our content.

There we have it!

I hope you enjoyed reading this guest blog sharing A Masochists Journey – 3 years of Impact Play. A big Shout-Out to SafferMaster! Thank-You. Are you interested in masochist lifestyle? Do you know someone who might be? Let’s support each other, Kinksters! So please feel free to SHARE this interview blog with others. Feel free to hit me up on Twitter @podofeleus and Instagram @Podopheleus.

P.S. Have you checked out the Sexual Roleplay section of my blog yet? 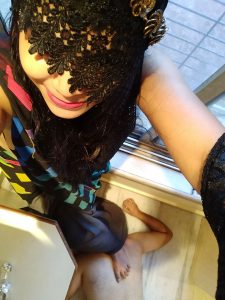 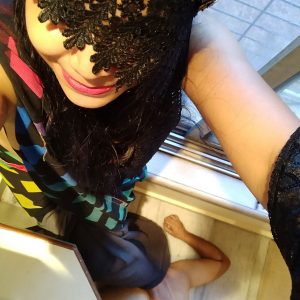