When I was a kid, my first experience with feminization was seeing my dad and a group of his friends cross-dress to do a song and dance performance in our living room for a neighborhood party. I was pretty young and so I do not remember the details, only that it seemed fun for my dad and the guests at the time. As far as I can recall, I do not remember any other instances of that once or twice occurrence. Other than that, I do not recall my dad cross-dressing at all. As a kid of a certain age, perhaps about 6, I do recall playing dress up in my mother’s closet, but even that is a thin memory. I think that the experience of seeing my dad in women’s clothing when I was a kid, made cross-dressing seem more or less a normal state of affairs, and so as an adult, I have often enjoyed “drag shows” whenever I run across them.

Cross-dressing is defined as the act of wearing items of clothing not commonly associated with one’s sex. I have particularly enjoyed the comedy of Eddie Izzard, who is a famous cross-dresser. According to Wikipedia, “Cross-dressing has been used for purposes of disguise, comfort, comedy, and self-expression in modern times and throughout history.” When my nephew was a kid, he wore a skirt rather than shorts, and he painted his nails. He is married with children now.

Almost every human society throughout history has had expected norms for each gender relating to style, color, or type of clothing they are expected to wear, and likewise most societies have had a set of guidelines, views or even laws defining what type of clothing is appropriate for each gender. With only two genders, and two sets of “uniforms” when it comes to clothing, it is no wonder there is a cross dressing curiosity. It goes both ways too. In the movie “9 ½ Weeks the female character cross dresses for her Dom and hilarity and hot sex ensues.

The term “cross-dressing” refers to the action or a behavior of wearing opposite sex clothing, without attributing or implying any specific causes or motives for that behavior. Cross-dressing is not synonymous with being transgender.

Sissification is a subset of feminization where over time, the dominant partner trains the submissive in being a “sissy”, which among other things requires them to take on ultra-feminine qualities and behaviors and mannerisms, and also to participate in feminine activities. It is common in this context for the sissy to shave their body, including their genitals, and to wear make-up and women’s lingerie, corsets and prosthetic bra’s in order to appear more womanly. Talking to sissies about this, they tell me that learning how to walk, and how to wear a dress or a skirt in a feminine way is quite challenging, and it takes practice. There are both sexual and non-sexual activities that the sissy is trained to participate in. The non-sexual activities include things like housekeeping and serving drinks wearing a maid’s uniform and acting frilly and girly and so on. Sexually, the sissy acts the part of the submissive woman in her totality.

When the dominant is supervising the sissy, they might assign punishments or rewards for good or bad behavior. Spanking might be the punishment and orgasm might be the reward.

While sissification and feminization is common in the kink community, unlike in cross dressing, there is not an intention to “pass” as a woman. It is almost a caricature of the female form that is intended. That said, many men and women in the experience often go to great lengths to sissify their partner. From high heels, to wigs, to breast prosthesis, elaborate makeup and wigs to make their sissy “beautiful.” Even so, the challenge with fitting female clothing to the male form is an ongoing issue.

There are those couples where the dominant partner may go to great lengths to feminize and sissify the submissive, with their consent of course, including hormone enhancement, castration,  reconstructive surgery of the genitals, and breast enhancement. The female hormones over time will alter the body by changing the distribution of body fat (reversable if stopped).  There are even fetishists that go so far as to use ligature with extremely tight elastic bands around the testicles to castrate men seeking sissification to the extreme.

Speaking as a Bull in a Hotwife dynamic

Speaking as a Bull in a Hotwife dynamic, I always wanted to sissify the cuck. The forced feminization seemed to be an added humiliation to the cuck who was already humiliated because I was fucking his wife.  The collaboration between the Bull and the Hotwife is an added humiliation in the sissification of the cuck, who is already suffering from small penis humiliation. Perhaps an intensified collaboration might include extended chastity and cleaning up or being used by the Bull as a sissy fuck hole.

Like with everything else in kink, feminization, and sissification must always occur in the context of consent.

I think the important thing to take away from this writing is that feminization is a common fantasy among men, and it may be one way for them to experience and explore their feminine side. Humans are complex creatures and gender fluidity is a lot more common than people realize. In this culture today where women are taking their power in both the Boardroom and in, FLR’s (female led relationships), the idea of a man trying to get into touch with his feminine side through cross dressing and feminzation, is perhaps a very good idea.

You can access the coaching services offered by Lady Petra Playground by reaching out for an initial conversation- LadyPetraPlaground@gmail.com

Support the podcast or sign up for coaching https://www.patreon.com/LadyPetrasPlayground 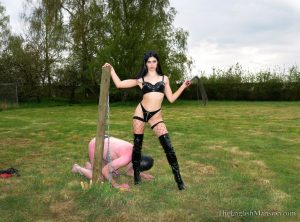 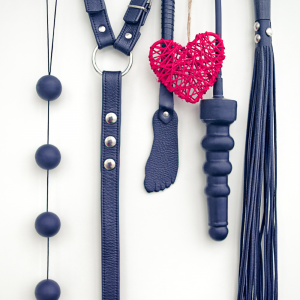 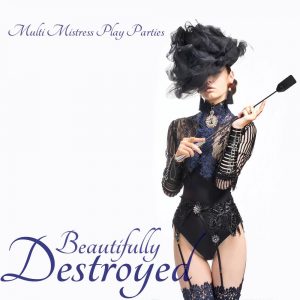 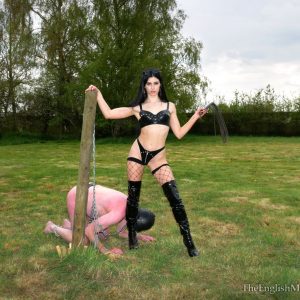