When Pro-Dommes screw up

Hi there, Kinky Ones!

Okay, let’s get right into this. Submissive men fuck up a lot when it comes to pro-dommes. Sheesh! If you don’t believe me, scroll through the Twitter accounts of any outspoken pro-domme to read the endless rants in relation to the behaviour of submissive men.

So, what have the submissive men done that is so bad? Well, that is a blog post in and of itself. However, I’ll give you some examples; A sex worker I know received an enquiry from a submissive man wanting his broken peanut fixed. Erm… Do I need to say anything else? Lol. Another pro-domme I know went away for the weekend, she returned to discover she had, what was supposed to be 1,000 unread emails, soon became 2000 unread emails because everyone that contacted her, sent a follow up email in under 24 hours. Can you imagine having to deal with that day after day? And those are just two examples.

Now, let’s flip the script. So here’s a question for you: What happens when the pro-dommes screw up? It’s not something I hear an awful lot about. However, it does happen because it’s something that I’ve experienced before. However, before we get to that, I would just like to point out that I don’t hold any bitterness towards the pro-dommes I’m referring to. Secondly, the identity of those pro-dommes will not be revealed. Thirdly, keep on reading. I’ll explain everything later.

Let’s talk about it – When Pro-Dommes screw up

A little while back, I had a session booked with a pro-domme that I had visited once before. I eagerly showed up for my session considerably earlier than expected. So I grabbed a coffee to kill some time, and waited patiently until it was my time. However, when “Session Time” came around, I pressed the intercom button, but there was no response. So I sent her a message. Nevertheless, she messaged back to say that she had no knowledge of our session. Although I had the emails to prove it, she then goes on to explain that a deposit is required when making a booking for this “type of session” However, I was never asked to pay a deposit. To be fair to her, she politely and sincerely apologized to me for the fuck up. I graciously accepted her apology. I messaged back and asked when she could fit me in for another session. To add to my confusion, she never replied. To cut a long story short, I received an email from her two and a half weeks later. In her email, she thanked me for my patience and perseverance, and explained that due to the erratic nature of her lifestyle it is difficult for her to respond to clients whilst travelling, having sessions along with photo shoots. I thought to myself – That makes complete sense, and I totally get it, totally support it. However, what doesn’t make sense is, why didn’t she just message back at the time to say – I am going to be away from such and such dates, so I won’t be able to give a clear answer on that until I’m back in the UK. That would have been better than leaving me hanging for two and a half weeks.

A little while back, I had a session with a pro-domme that I had never visited before. We started things off with a nice chat about my kinks and fetishes. Then she asked me whether I session with other pro-dommes. When asked for the names of the pro-dommes I session with, I was a bit apprehensive, although I did provide the names of the other pro-dommes. She scrunched her face in disdain and disapproval. So, I realized pretty quickly that she was not a fan of …. Yeah, right. I’m not revealing anything. However, she didn’t hold back about her true feelings towards the other pro-domme. In all sincerity, her attitude horrified me, and it made me feel extremely uncomfortable: I’m very friendly with and have the utmost respect for the pro-domme she was insulting. It was very unprofessional to say the least.

On a related note, click here to read – The dangers of bad-mouthing a Domme to another Domme.

I’ve also heard stories from the submissive men I speak with regularly.

A submissive male I talk with regularly, once mentioned to me that he has had sessions with pro-dommes where they’d forgotten, or at least disregarded his hard limits.

Another submissive man also began to open up to me that he once experienced a very brutal end with a pro-domme, wondering what had happened! And full of doubts. Unfortunately, I don’t know the full story behind this to share with you.

One submissive man mentioned that he had a session with a pro-domme who kept checking her phone every five minutes and ended the session 15 minutes before his time was up with no explanation why. 15 minutes may not seem like a huge deal, but she was expensive, and the sub felt cheated.

Why am I telling you all this?

So I’ve come across a fair share of pro-domme Twitter accounts who seem to take great pleasure in bashing submissive men. It feels as if their life’s mission is to sabotage submissive men. The “overwhelming” majority of their tweets are centred around calling submissive men pathetic losers, and holding them accountable for their fuck ups and failures. It can become overwhelming, when pro-dommes are continuously bashing submissive men in every other tweet, and they don’t have anything positive to say. Every now and then, why not talk about fun sessions and great testimonials?

Once again, let’s flip the script. Let’s just say that the submissive men started complaining about pro-dommes on Twitter. Let us go back to the example I mentioned earlier about the pro-domme who forgot about my session. Imagine if I started tweeting about it. Could you imagine the uproar if I did that? Now allow me to emphasise that I don’t have any negative feelings or hold grudges against the pro-dommes I mentioned earlier. The way I see it, everybody makes mistakes. We are human beings, after all. Furthermore, there are certain things that are just out of our control. As for example, if I or a pro-domme were late because of bad traffic and road closures – It is what it is. In regards to the pro-domme who forgot about my session – she could probably have been a little more organized. In actuality, I was more disappointed in the fact that It took her two and a half weeks to get back to me. In regards to the pro-domme who was bad-mouthing another pro-domme. Well, it was unprofessional, but I’m not going to hold it against her. In all sincerity, I got over it as soon as I got back in my car.

This is what needs to be addressed

Now there are certain issues that need to be addressed and brought to the forefront. For example, many pro-dommes have complained that they had received their fair share of unsolicited dicks pics in addition to dealing with abusive, aggressive submissive men. This type of behaviour needs to be addressed. Let us go back to the example I mentioned earlier about the pro-domme who went away for the weekend and came back to 2,000 emails, because everyone that contacted her, sent a follow up email in under 24 hours. Although it’s difficult to believe that all 1,000 people sent follow-up emails, even if half that number sent follow-up emails – I can only imagine the frustration felt. I truly feel for this pro-domme and it should be brought to the forefront because there clearly are a lot of submissive men out there who need to learn to be patient Instead of acting quickly, without further thought.

As mentioned earlier, there are certain issues that need to be addressed and brought to the forefront and the same applies to pro-dommes. Let us go back to the example I mentioned earlier about the pro-domme who’d forgotten, or at least disregarded her submissive’s hard limits. This is very serious – to violate someone’s limits and not to respect their boundaries. This is not excusable. In relation to the submissive man who experienced a very brutal end with a pro-domme – It goes without saying that there are many inexperienced pro-dommes who either don’t know or don’t care about aftercare.

I would like to emphasize that I am not equating pro-domme errors with sub-male errors. I’m merely saying the pro-domme errors happen, and too often, submissive males are made to feel wrong for being upset at them.

Finally, I want to give a special shoutout to all the positive and inspirational pro-dommes across the world.

There we have it, Kinksters! 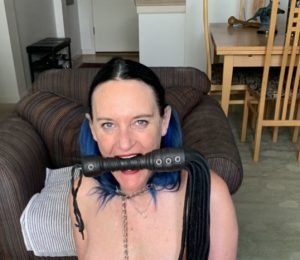 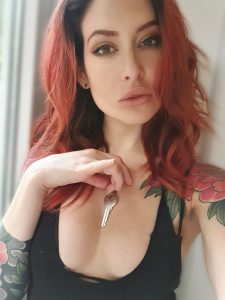 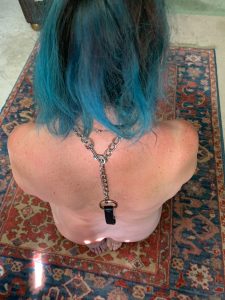 "The experiences life has thrown at me away from t

"She benefits the most, because even his benefits

"So, if someone is repressing sub-missive traits,

"I fell in with a bad crowd as a teenager. I think 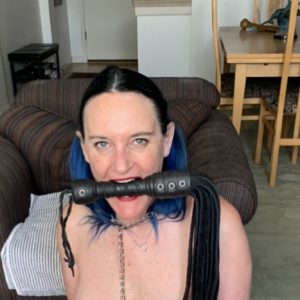 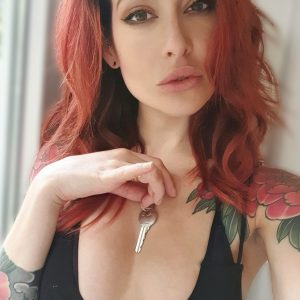 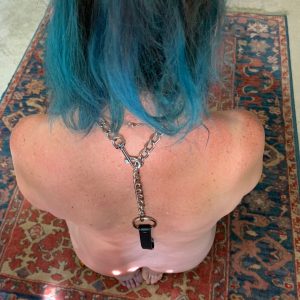